Dreaming about luxurious liquors to add to your collection? We’ve gathered the most expensive liquors ever sold below. Even though many of these are exclusively limited and impossible to get your hands on, one can still dream. Check them out!

Russians always deliver the best quality when it comes to vodka. This premium vodka is priced at $1.3 million, and when you see the bottle, you can understand why. It’s what stole the spotlight, featuring a stunning and unique mock-up of the radiators found in Russo-Baltique vehicles. It’s also decked out with a diamond-crusted cap combined with pure white and yellow gold.

Even though Scotland is most renowned for its scotch, it took a bold risk with this vodka. Known for its extra delicate distilling process, Diva Vodka is said to be meticulously filtered for a silky smooth taste. It’s also packed up in an eye-catching star-studded bottle and comes with a price tag of 1 million USD.

This luxe brandy was distilled with coconut flowers, creating a unique version far from your standard brandy. It also comes with an international trip and security for the brandy, which feels pretty justified with a price tag of $1million.

Though technically not a liquor, the 1945 Romanée-Conto is considered one of the rarest and most special bottles of wine, which is why it’s one of the priciest bottles of Burgundy ever sold, costing half a million dollars. The wine is very concentrated, and only 600 bottles were made.

This exceptionally rare single malt scotch whiskey was left to age for 64 years in sherry-seasoned oak casks from Spain. This makes it one of the oldest ever sold. It’s enclosed in a sleek, one-of-a-kind decanter that sold for $464,000 at auction. Proceeds were donated to a charitable cause that provides safe drinking water to nations in need.

This is the largest bottle of champagne ever made, weighing in at 100 pounds, containing 30 litres of rose champagne and reaching 4 feet tall. As expected, it doesn’t come cheap. Everything was made by hand, and there is a very limited amount available. It costs $275,000.

When it comes to fancy scotch, this takes the cake after the Macallan, for being one of the most expensive out there, costing $215,000. It can be found in Singapore, with only 12 limited editions available.

To celebrate the 60th year of Queen Elizabeth II, this whiskey was created in honour of her royalty. You can get your hands on one of these in Singapore for $200,000.

Revelation by Bombay Sapphire is literally decked out in a handcrafted bottle with diamonds and sapphires. Only five have ever been made with these exclusive bottles that have been cut in the shape of a large gemstone. This limited edition costs only a mere $200,000 and can be found in a range of major airports. Proceeds go towards cleft surgery funds for children.

This pricey wine was produced in Moscow, and there are only twelve that exist. If you could get your hands on a case with all 12, it would cost around $2 million. You won’t find these contained in any standard wine bottles. Instead, the wine is packed in an ampoule which is then contained within a handcrafted glass vestibule. This style was used centuries ago to ship ancient wine around the world. Each contains a standard 750 millilitres of wine, just like a regular wine bottle.

Whether you’re looking for the perfect bottle to gift to a loved one or client, we have the luxurious packing that will enhance it even more. At Ekan Concepts, we specialize in creating high-quality wooden veneer packing that is elegant, sophisticated, and ideal for special liquors. Browse our site to customize yours, or contact us to learn more. 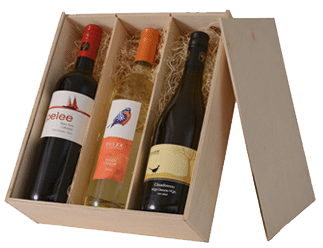